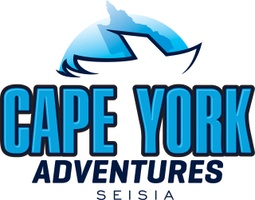 Charter a boat and guide for your private day out from Seisia at the top.

Exclusive 4wd tours to "The Tip" or to the waterfalls.

Cape York Adventures have 2 purpose built vessels and a well equiped 4wd for land based tours.

Fly to the top to enjoy a fishing holiday with experienced guides and a variety of locations.

Cape York Adventures have been operating since 1996.


We are based at the top of Cape York, in Seisia, a Torres Strait Islander community in the Northern Peninsula Area a mere 140km from Papua New Guinea.


John Charlton first visited the area in 1982, after travelling through the lower Cape in 1980. He returned every year or two, until he began working in Seisia in 1994.


In 1996 the Charlton family set off from Sydney and established Cape York Adventures with our vessel Island Breeze. We offered scenic day tours and fishing trips and our Sunset Cruises were always popular.  Other vessels were added and taken away until the purpose built Strait Runner and Cape Runner aluminium catamarans proved they were perfect for the Torres Strait environment.


Then September 2020 saw me, Dave Hartwell a regular CYA guide purchase the business from John and Sam.

I've always been a mad keen fisherman and adventurer, travelling around Australia for years, working and exploring. Plus travelling and backpacking to some 30 odd countries around the world including places like Tibet , East Timor and Alaska.

Its Cape York though that just gets me, I love the place, Its HUGE and bugger all people live here! The Torres Strait slanders and Mainland Aboriginals of the Northern Peninsular Area are just fantastic people. Its the best place in the world to live.